We have one adult female red panda, called Kitty and one adult male called Kevyn.

Our red pandas can be found in the walk round area across from the Visitor Centre and next to the wolverine enclosure.

The main threat to the red panda is habitat loss for timber extraction and agriculture. Although they are protected in all the countries where they are found with the exception of Myanmar, they are still hunted illegally for their fur and in particular their long bushy tail which is highly prized as a good luck charm for Chinese newlyweds.

In China, this species occurs within many of the reserves that were established to protect the giant panda and an international breeding programme exists, with more than 230 participating zoos worldwide. 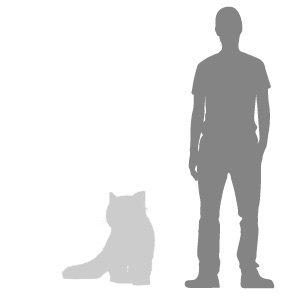 Red pandas (Ailurus fulgens) share similarities with both the bear and racoon family, and the classification of the red panda has caused much continued controversy since it was first described in 1825. Today it is placed in its own separate family.

The red panda has a rich reddish brown coat on its back and black on their legs; their coat provides effective camouflage within the trees where branches are often covered in a reddish-brown moss. Their rounded face is mainly white with reddish brown tear like marks running from the corner of each eye to their mouth. The long bushy tail is marked with 12 alternating red and fawn coloured rings. Their thick fur coat protects them from the cold and their short, bear-like feet have thick soles which provide good insulation against snow or ice.

Like the giant panda (Ailuropoda melanoleuca), red pandas have a modified wrist bone that acts as a sixth digit or false thumb which helps them grip branches and their favourite food, bamboo.

Red pandas are most active at dawn and dusk and are mainly solitary creatures. They have semi-retractable claws, which allow them to be excellent climbers and when not searching for food, they are usually found in the trees.

They are one of the few animals whose diet is composed almost entirely on bamboo and as a result of the poor nutritional value of bamboo they are only active for around 56 percent of the day. They will also eat other foods such as fruit, roots, small lizards and eggs.

Red pandas are very agile in the trees using their tail for balance although it is not prehensile. When walking on the ground they are rather ungainly and their tail is carried horizontally away from the body.

Males tend to occupy territories that overlap with those of several females, especially during mating season. Red pandas mate on the ground but the female gives birth, usually to two young, within a hollow tree. The young are born blind and helpless, opening their eyes after 18 days.