There are three wolverines here at Highland Wildlife Park - Tina, Torvi and Astrid.

You can help feed and care for our wolverines and other threatened animals around the world by donating today - if you can, please support our Survival Fund.

Wolverines are the largest member of the mustelidae family, which includes weasels, stoats, badgers and otters

They are known for their big appetite, and their Latin name, gulo gulo gulo, literally translates to glutton!

It is thought they evolved to scavenge, but they are also active hunters and have even been known to aggressively harass and steal food from larger predators such as wolves and cougars

Wolverines are threatened in the wild mainly by conflict with humans. Many are killed through hunting and trapping, and they are frequently shot or poisoned because they prey on domesticated livestock. These conflicts become more widespread as their habitat shrinks.

Our wolverines are part of the Endangered Species Breeding Programme.

As a wildlife conservation charity, we care for both the animals here at the park and work to protect endangered species around the world.

From providing genetics expertise and veterinary health, to protecting wild places with local conservation partners, and even restoring threatened species to the wild, we are active where we are needed most.

Find out more about some of our conservation projects. 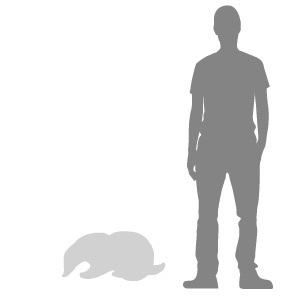