There are four polar bears here at Highland Wildlife Park – Walker, Arktos, Victoria and her cub, Brodie, who was born in December 2021.

You can help feed and care for our polar bears and other threatened animals around the world by donating today - if you can, please support our Survival Fund.

Polar bears are under threat due to the loss of their habitat. They need sea ice as a hunting platform to catch seals, but global warming is causing the ice to melt earlier each year. This means that the polar bear has less time to hunt and put on weight for their summer fast or for a female to remain in the snow den caring for her young cubs. it is predicted that climate change will lead to a significant decrease in population numbers over the next 40 years.

Our polar bears are part of the European Endangered Species Programme (EEP).

As a wildlife conservation charity, we care for both the animals here at the park and work to protect endangered species around the world.

From providing genetics expertise and veterinary health, to protecting wild places with local conservation partners, and even restoring threatened species to the wild, we are active where we are needed most.

Find out more about some of our conservation projects. 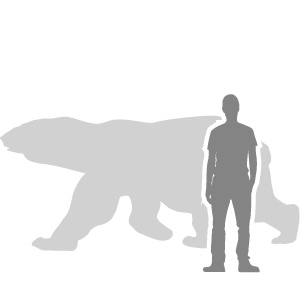