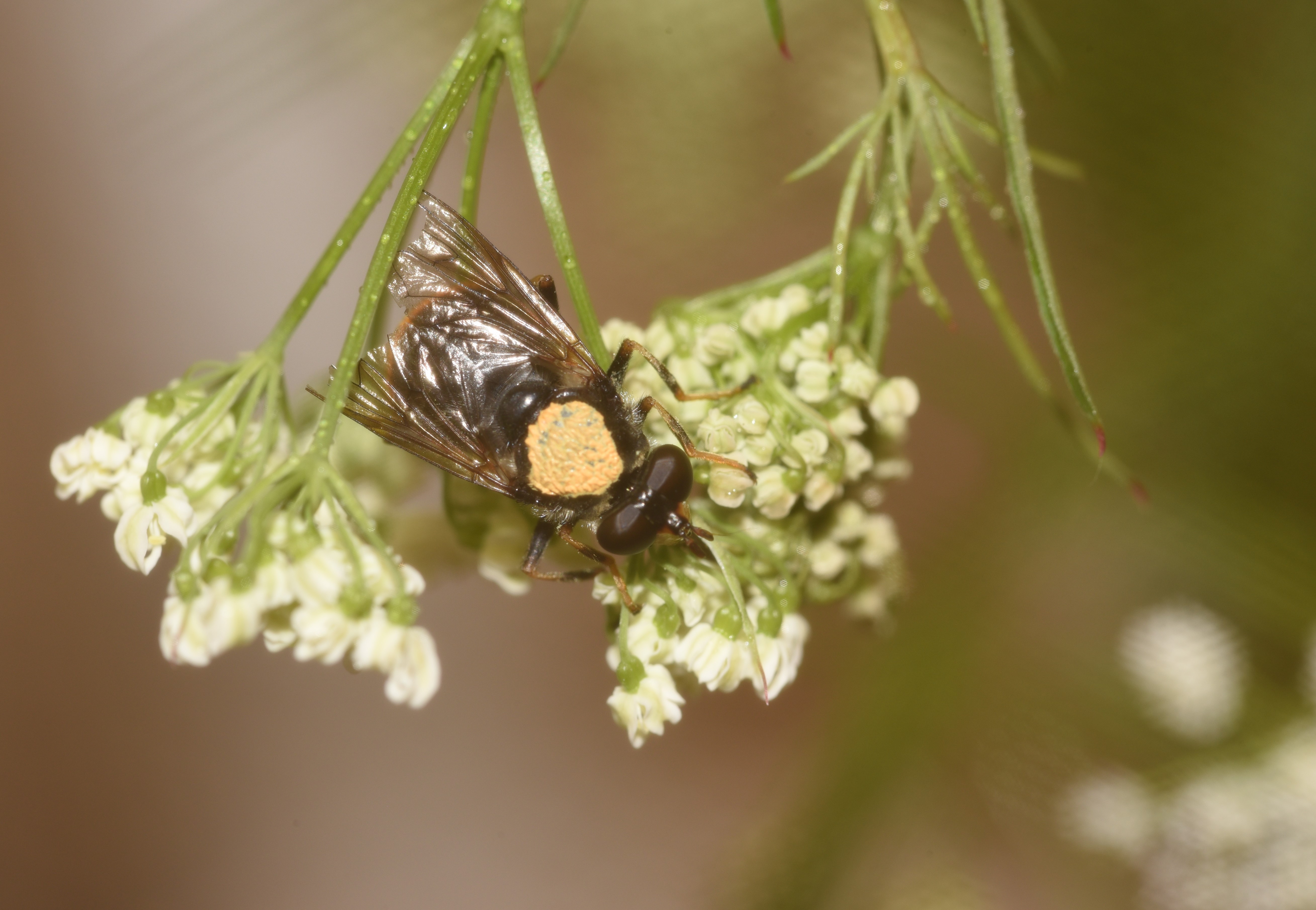 Efforts to save a rare native insect from extinction have been boosted by a record-breaking breeding season at the Royal Zoological Society of Scotland’s Highland Wildlife Park.

Staff at the wildlife conservation charity are celebrating the hatching of 6,925 pine hoverfly larvae within the conservation breeding programme this year, marking the most larvae of this species ever bred in captivity and a significant increase for the critically endangered British population.

No one has seen an adult pine hoverfly in the wild in Britain for over eight years, and just 25 larvae were brought into the RZSS pine hoverfly conservation breeding programme in 2019.

Planning for releases back into newly restored habitat in the Cairngorms is now underway in collaboration with the Rare Invertebrates in the Cairngorms project, a partnership between the RSPB, Cairngorms National Park Authority, Buglife Scotland, Butterfly Conservation Scotland, and NatureScot.

Dr Helen Taylor, RZSS conservation programme manager, said, “This record-breaking season is a vital lifeline and could represent a real turning point for the pine hoverfly, which is on the brink of extinction in Britain due to habitat loss over the past century.

“Invertebrates are crucial to healthy ecosystems and are disappearing at an alarming rate, though sadly these species are often overlooked until it is too late.

“The wild population of this important pollinator is currently restricted to just one site, a forest patch in the Cairngorms National Park, which means we are now caring for many more individuals at Highland Wildlife Park than are thought to remain in the wild.

“There has been a huge amount of work involved in this project from our keepers, vets and conservation staff. Thanks to this dedication and collaboration, the future is looking much brighter for this rare species and it is really exciting to be able to progress plans to release some individuals back into their wild habitat.”

The project had to overcome a series of challenges to reach this new milestone including lockdowns and furlough leave caused by the pandemic, as well severe winter weather and a delayed spring with few flowering plants to feed the adult flies, which emerged early in May.

Fortunes improved with a brand-new facility, which was part-funded by Marvelous Europe Inc. as part of the launch of their latest computer game, STORY OF SEASONS: Pioneers of Olive Town, and support from The National Geographic Society, Cairngorms National Park Authority, Forestry and Land Scotland, NatureScot, and the Scottish Government. Gaming clothing retailer Insert Coin Tees also donated profits from STORY OF SEASONS merchandise sales.

Dr Taylor added, “Our partnership with Marvelous Europe opened up interesting opportunities to engage new audiences in wildlife conservation which is key to increasing support for conserving our wee beasties.

“It has been fantastic to see gamers tuning into live Twitch streams that feature the project and entering competitions to name pine hoverfly pupae and a room within our new facility.

“We are immensely grateful for all the support our charity has received from sponsors and partners and I am extremely proud of the work our staff have done to get this far. Now it is on to planning releases back into the wild, while maintaining a healthy insurance population in the conservation breeding programme at Highland Wildlife Park.

“There is still a long way to go and lots to learn, but hopefully this is just the start of the success story for this amazing, but little-known insect.”

Donations to support RZSS conservation work in Scotland and around the world can be made online at rzss.org.uk/support.