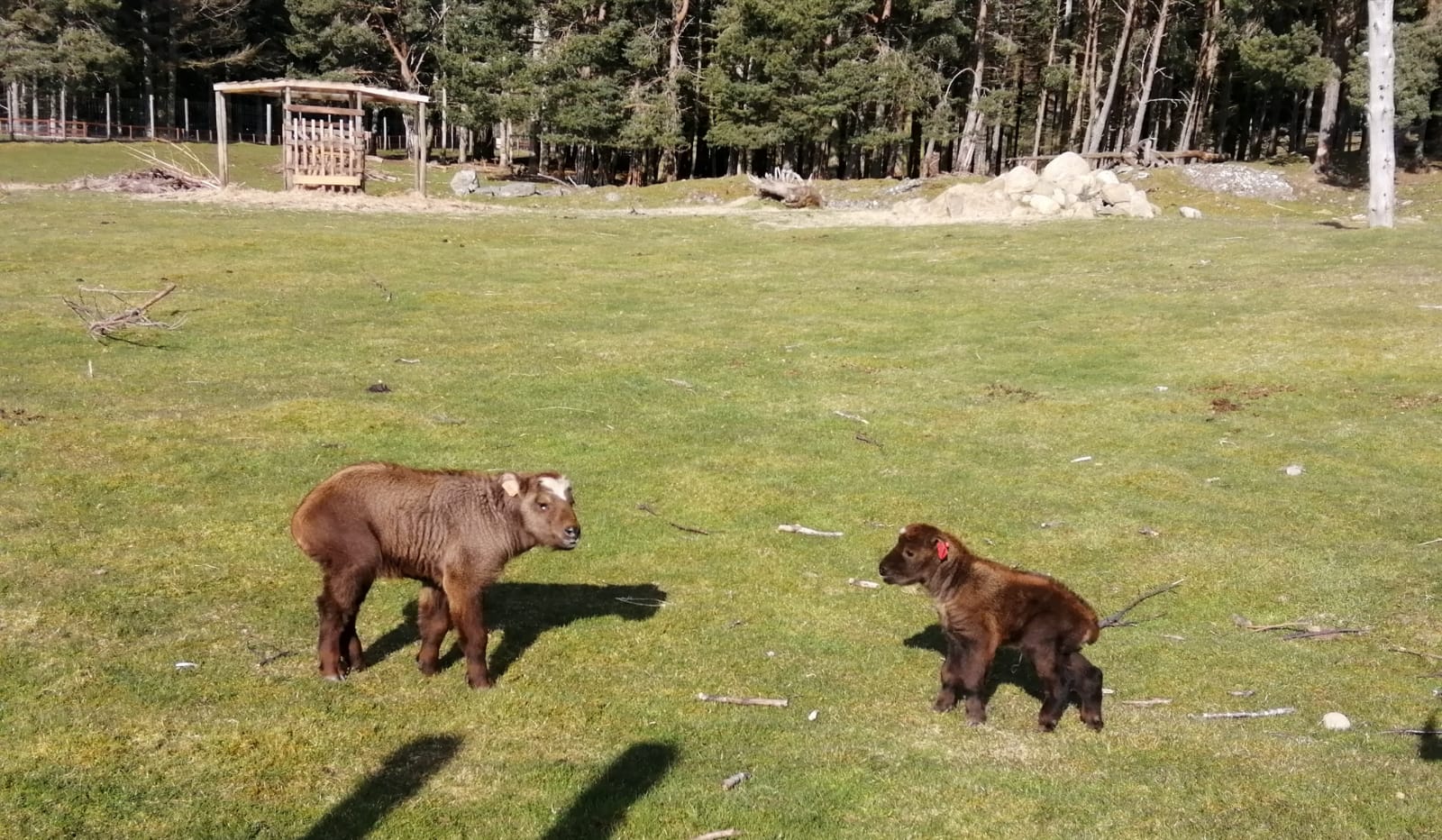 We have been lucky to welcome two Mishmi takin calves at Highland Wildlife Park in the last month. The first few weeks of a calf’s life are crucial, but we are happy to report our male and female calves appear to be in good health so far.

Our first arrival was born on 22 March to mum Chimi and dad Jorge, with his half-sister following on 14 April to mum Arya. The youngsters will be named in the coming weeks.

Takin are one of the largest goat-antelope species in the world and are classed as Vulnerable to extinction by International Union for Conservation of Nature due to habitat loss, competition with other species and hunting for the traditional medicine trade.

Native to India, Myanmar and China, they were previously thought to be related to the musk ox of North America and Greenland, but genetic testing carried out by our WildGenes teams here at the Royal Zoological Society of Scotland, shows they are more closely related to sheep.

Like all of the amazing animals here at the park, and indeed our keepers, takin are well-adapted to cold mountain landscapes. They have a long nose like an elk where air is warmed up before it reaches the lungs, stopping heat loss while breathing. Takin also secrete an oily substance which covers their coat to protect it from moisture and have stout horns that can reach up to 64 centimeters in length. That is around the height of a Eurasian eagle-owl!

In spring and early summer, when food is plentiful, wild takin gather in large herds of up to 300. In the autumn months, when food is scarce at higher altitudes, herds separate into smaller groups and move to valleys further down the mountains. Older males usually remain solitary throughout most of the year and only gather with females during the breeding season.

What many people don’t know, is that Greek mythology’s 'golden fleece' is believed to have been inspired by the takin's golden coat. It is said to have belonged to the winged beast, Chrysomallos, from the ancient town of Colchis. The fleece is a symbol of authority and kingship which is said to have powerful healing abilities.

Our herd’s golden fleeces can be seen in the Highland sunshine at this time of year but sadly we cannot confirm any sightings of mythical wings.

You can help care for our takin and other amazing animals as well as supporting our charity’s wildlife conservation around the world by adopting the species at rzss.org.uk/adopt