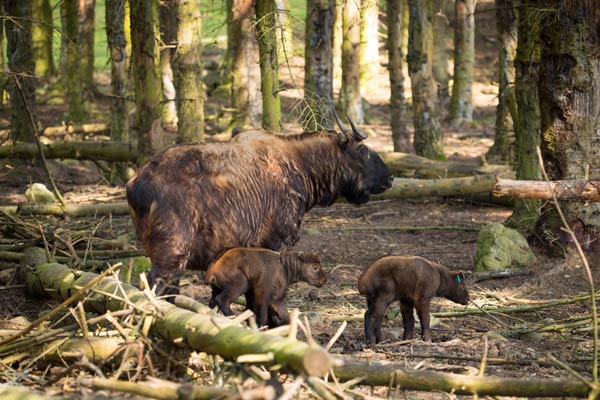 Two newborn Mishmi takin calves at the Royal Zoological Society of Scotland’s Highland Wildlife Park are to be named after characters from Game of Thrones, continuing a tradition started by keepers five years ago.

Four names inspired by the television show have been selected and now it is down to the public to choose their favourites before voting closes on Sunday night.

Debbie Barclay, hoofstock keeper at the Park and species coordinator for Mishmi takin across Europe, said: “We started naming our Mishmi takin calves after Game of Thrones characters five years ago because lots of the keepers were fans of the show. In the past we’ve named calves Khaleesi, Snow and Arya.

“They are one of the largest goat-antelope species in the world and it is believed the legend of the golden fleece was inspired by their golden coat. Sadly, the wild population, native to India, Myanmar and China, is decreasing due to habitat loss, competition with other species and hunting, so it’s reassuring to see our herd doing so well.”

Voting is now open at https://woobox.com/zxabst