We have a small herd of Przewalski's wild horses here at Highland Wildlife Park. They can be found in the main drive through reserve.

In summer 2020 we welcomed a foal who was named Bonny following a public campaign to raise much-needed funds for our charity. The youngster was named after Bonny Mealand, who volunteered with the herd.

You can help feed and care for our Przewalski's and other threatened animals around the world by donating today - if you can, please support our Survival Fund.

The Przewalski’s horse was once extinct in the wild. The last few individuals in zoos around the world were managed very carefully to ensure that a genetically healthy population was maintained and in the 1990s a number of reintroduction programmes began to bring the species back from the brink.

The return of the Przewalski's horse to its natural environment is a success story for conservation, but those reintroduced populations still face threats from hybridisation with domestic horses and competition for food.

We work with the EEP and other conservation breeding programmes to improve the molecular genetic management of captive populations, to support breeding reintroduction efforts for threatened species.

Find out more about our work in applied conservation genetics. 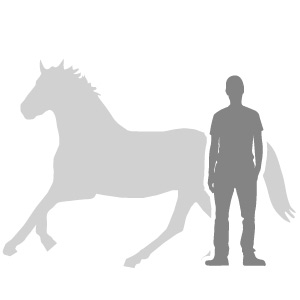