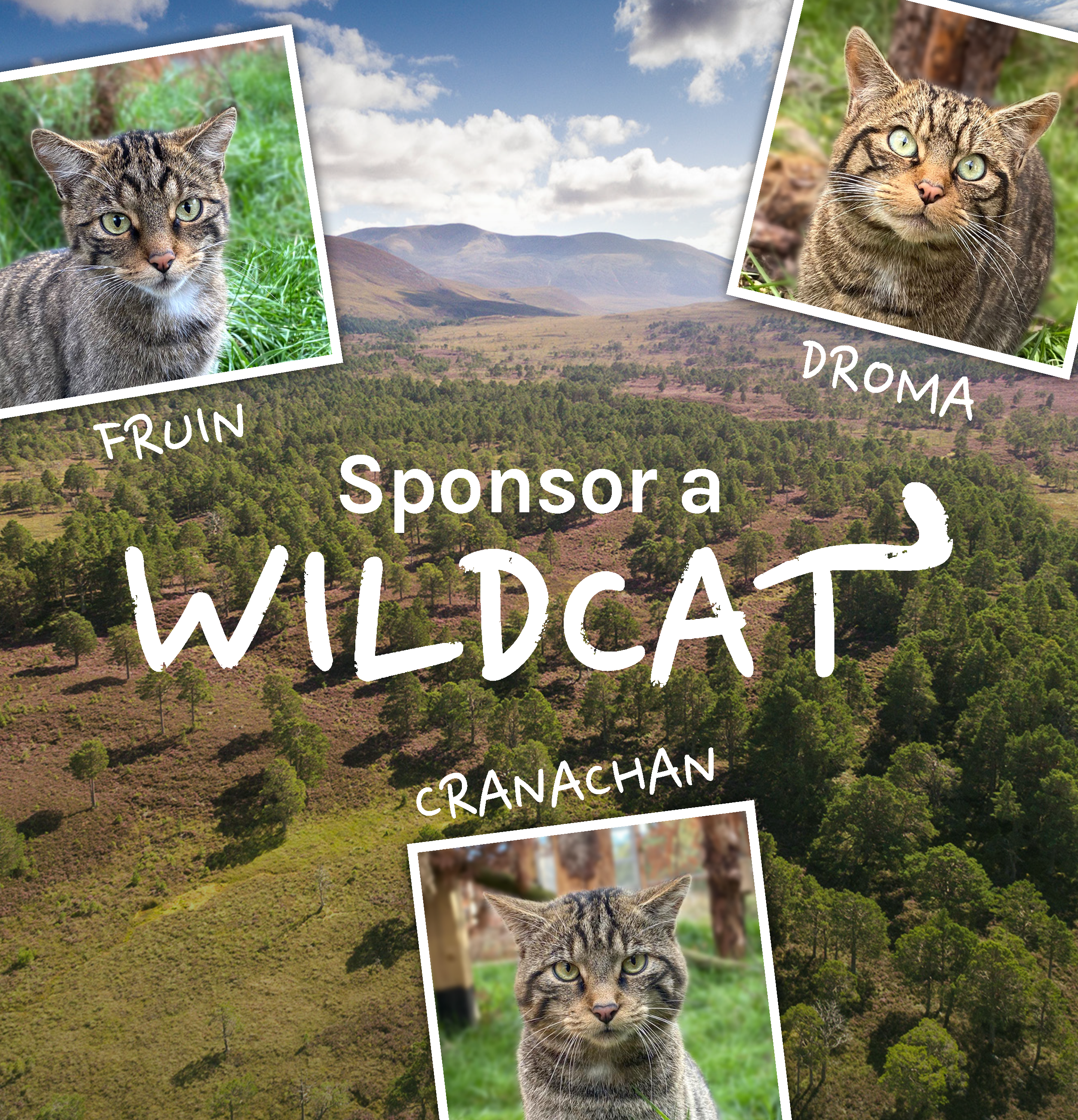 Saving Wildcats, a European partnership project led by the Royal Zoological Society of Scotland (RZSS), is welcoming the public to be among the first to sponsor wildcats in its conservation breeding for release centre ahead of the first breeding season.

As well as supporting the conservation of Britain’s rarest and most threatened mammal, sponsors will receive exclusive updates about their wildcat as they become parents. It is hoped kittens born this year will be released into carefully selected sites in the Cairngorms in 2023.

David Barclay, Saving Wildcats ex-situ conservation manager, said “Wildcats are Scotland's most iconic animal but also one of our most endangered. Once widespread in Scotland, habitat loss, hunting and inter-breeding with domestic cats have all taken their toll, leaving this incredible species on the verge of extinction.

“By sponsoring one of three cats in the breeding centre, confident Droma, nosy little Fruin, or Cranachan, who loves his food, supporters will directly contribute to the future of the Highland tiger and have the chance to watch as their wildcat grows, learns and hopefully becomes a parent. These kittens will go on to be among the first released into the wild next year.

“As a sponsor, you’ll be helping to provide expert care, shelter and food for the wildcats today, which will help to restore their numbers in the wild tomorrow.

“Without future releases, the wildcat’s days in Scotland are numbered. The Saving Wildcats partnership project is their last hope.”

Starting from £5 per month, sponsors will help care for the wildcats and prepare their kittens for release into the Scottish wilderness. More information about Droma, Cranachan, Fruin and how to sponsor them can be found at savingwildcats.org.uk/sponsorwildcats.