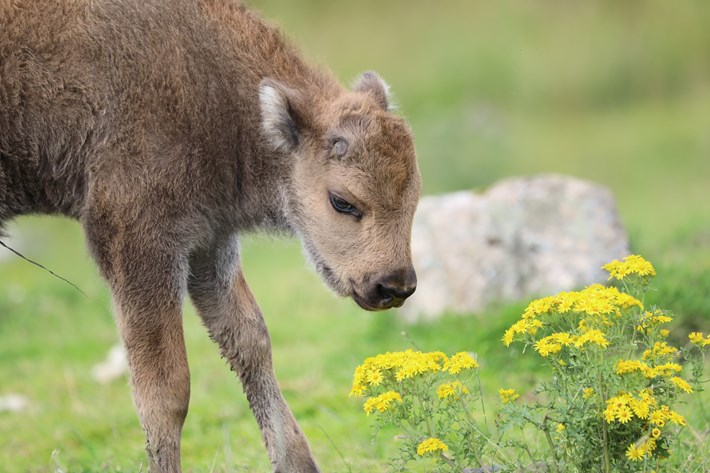 The Royal Zoological Society of Scotland is celebrating the birth of a European bison calf, born at Highland Wildlife Park in July.

Staff at the wildlife conservation charity say the new arrival, a boy, will be named in the coming weeks.

Becky Pink, animal keeper at Highland Wildlife Park said, “We were so happy to see mum Glen Isla and dad Tomek welcome a calf earlier this year. Our new arrival is doing well and can be spotted running around with the herd in our main reserve.

“We have a tradition of naming our bison after Scottish glens and will be choosing the youngster’s name in the coming weeks.”

European bison have been brought back from extinction in the wild following the success of rewilding and reintroduction projects.

Becky added, “We currently have one of the largest European bison herds in the UK and they play an important role in supporting reintroduction efforts for the species in mainland Europe.

“Last year, two of our females were released in Northern Spain with one giving birth earlier this year.

“We’re all really excited about our new arrival and it is fantastic to be able to welcome visitors to meet him too.”