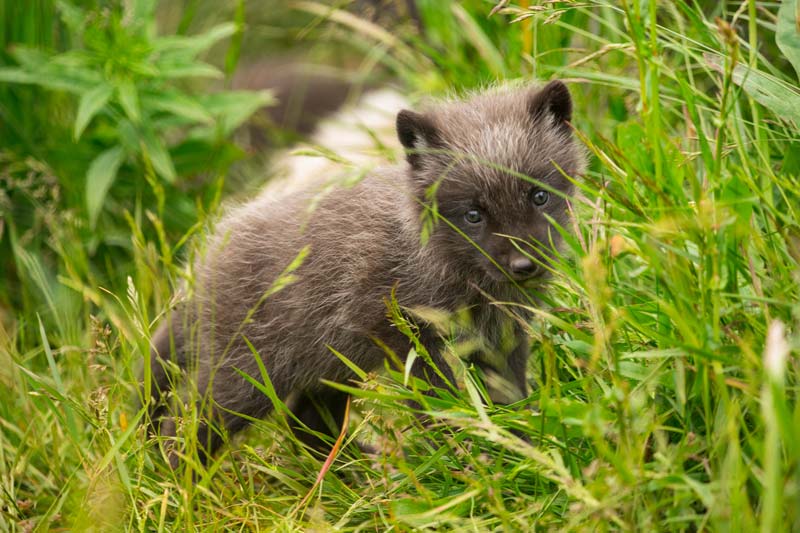 Ten adorable Arctic fox cubs have been born at the Royal Zoological Society of Scotland’s Highland Wildlife Park, near Aviemore.

Barely big enough to peek over the grass, the cubs have started to explore their surroundings under the watchful eye of parents May and Bard.

Una Richardson, head keeper for carnivores at Highland Wildlife Park, said: “We were delighted to welcome May and Bard’s first litter of cubs on 17 May and it is fantastic to see them developing so fast while they play with each other and explore their surroundings.

“We have eight male cubs and two female cubs and they’ll stay with their parents for around 5 to 6 months before heading off to other wildlife parks where they will be named.”

Arctic foxes are known for their thick white fur which helps them to cope with temperatures as low as -50 degrees Celsius, but cubs are born grey or brown for better camouflage during the summer months and adults change their colouring with the seasons.