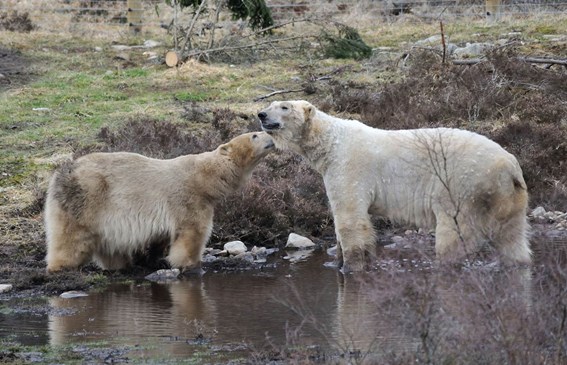 The polar bear breeding programme at RZSS Highland Wildlife Park has taken another huge step forward as – after all the behaviours indicated female polar bear Victoria had come into estrus – Arktos and Victoria were successfully introduced. 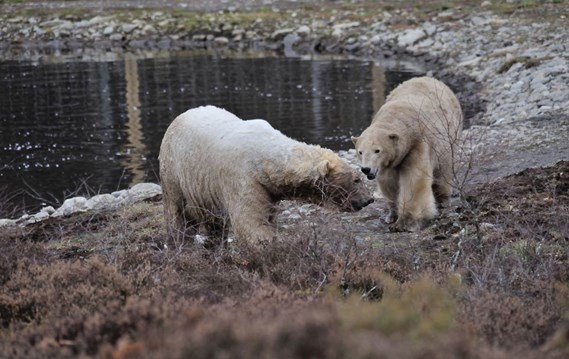 On Tuesday 15 March Arktos, the oldest of the Park’s two male polar bears, was transported the short mile across the Park to move into a specially designed enclosure adjacent to Victoria, the UK’s only female polar bear. Keepers were delighted to see the bears take to each other straight away, with lots of head bobbing, bouncing and vocalisations. The new pair were so keen on each other that they slept at the fence line and repeatedly tried to touch. On the morning of Saturday 19 March, the two bears met properly for the first time as Arktos went to live temporarily in Victoria’s enclosure.

Mating has since occurred on many occasions and Arktos and Victoria will continue to live together 24 hours a day for the next week or two, mimicking what would occur naturally in the wild. Sleeping side by side, following each other around and resting their heads on each other, the two polar bears have really bonded. 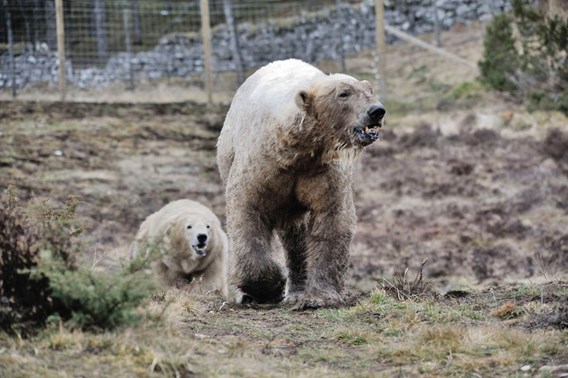 Vickie Larkin, Head Carnivore Keeper at RZSS Highland Wildlife Park, said: “It’s fantastic news and their introduction couldn’t have gone any better. Both polar bears have really warmed to each other and all the signs are really positive. From the first moment they met, Arktos has been really gentle with Victoria and their bond has been immediate.

“Polar bear breeding is inherently complex as the species are induced ovulators, meaning that the female only releases an egg after initial mating occurs; they also practice delayed implantation, where the egg doesn’t implant into the uterine wall until some months later If successful, Victoria will not fall pregnant until August to September time. Other key stages are her entering the birthing den in October to November and potentially giving birth in December to January. Any cubs would then not come out of the birthing den until March to April 2017.” 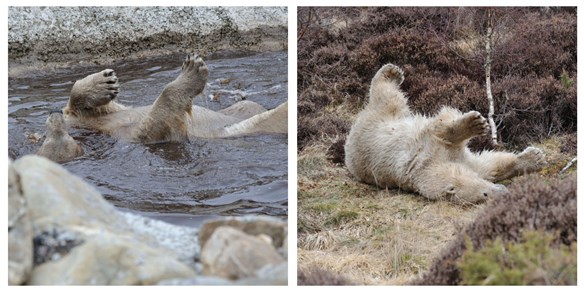 Chris West, CEO of the Royal Zoological Society of Scotland, said: “Listed as Vulnerable on the IUCN Red List of endangered species, this is the first time in 25 years that polar bear breeding has successfully taken place on UK soil. This is something to be celebrated.

“At RZSS we have a duty to help protect the future of this magnificent species, and our polar bears benefit from the largest enclosures in the world and expert husbandry that is second to none.

“Climate change is predicted to cause further sea-ice losses and horrifying statistics estimate that the global population of polar bears could decline by over 30% in just three generations*. Any cubs born to Victoria will help to populate a healthy ex-situ ‘ark’ of polar bears to give conservationists as many future options as possible.

“As we always say, in an ideal world, conservation would happen primarily in the wild but, when issues exist in the wild, the next best thing is a combined in-situ and ex-situ approach that has the goal of one day restoring or augmenting wild populations.”